MISSION 3
The America Awakening Awareness Aspiring Entrepreneurial Spirit is the Mission of the Ascension Center Organization in association with the ET Spirit Organization and the TJ Morris Organization. The three organizations are open groups on the world wide web internet online promoting health and prosperity by Americans for the entire global community. 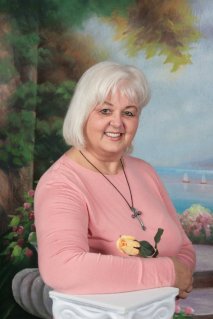 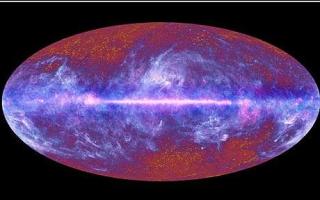 “We are making the world a better place for you, me, our children, and the entire Human Race!”
We are a spiritual business community networking and trade organization called for profit the Ace Metaphysical Institute.
We are a spiritual support fellowship private membership club as a not for profit corporation first founded inhttp://maps.google.com/maps?ll=21.3088888889,-157.826111111&spn=0.1,0.1&q=21.3088888889,-157.826111111 (Honolulu) &t=h”>Honolulu, Hawaii 1990-1994. Founder and filed corporation name on file of record is Theresa J. Thurmond Orr.
ASCENSION CENTER ORGANIZATION
ACE FOLKLIFE OFFERS COURSE CONTENT
ACE METAPHYSICAL INSTITUTE OFFERS COURSE CONTENT
ASCENSION CENTER BEGINS SPIRITUAL NEW AGE CALENDAR 12-21-2012
ASCENSION CENTER ENLIGHTENMENT OF LIGHTWORKERS
Support and fellowship as part of the New Ascension Age Movement.
We as individuals can share in the greater good for all humankind.
We can create spiritual synergy in our world.
We can share in the ways to live and create order on earth.
We can allow our essence to combine with our guide above.
We can seek out counsel in others who believe in those above.
We can become an enlightened species as we combine our thoughts and deeds with those above.
We can be a part of the future administrative http://en.wikipedia.org/wiki/Democracy“>democracy in all parts of the world.
We can learn to communicate our ideas and shape them for the good of all.
We can elect among ourselves at the local, regional, national, and international levels with five levels total to run our world.
We can govern with democratic vote in unity after a main idea for the good of all is put forth all levels of local assembly and counsels at all levels concerned.
We can join in defining spiritual assemblies within our own geographic boundaries.
We can work within the municipal boundaries in villages, towns, cities, civic districts, states,http://en.wikipedia.org/wiki/Nation_state“>nation states, and jurisdiction of the world global united assemblies.
The http://en.wikipedia.org/wiki/Spiritual_Assembly“>Local Spiritual Assembly can vote annually for improvements and exchanges in leadership with monthly meetings and gatherings for study.
After personal and group prayer at all levels of governing administration there can be five officers and five directors voted on to make 10 to lead the filed corporation for not for profit in each area as required by law to be a separate entity for local spiritual assembly in each country or governed area of the planet.
We can divide the geographic distribution of local assemblies in five (5) areas as such: Africa, Americas, Asia, Australasia, and Europe.
We can work inside a peaceful alliance for global community unity along with the 238http://en.wikipedia.org/wiki/Country“>countries and territories defined by thehttp://en.wikipedia.org/wiki/United_Nations“>United Nations.
We can recognize that all our Ascension Members are welcomed to combine their Ascension Center Enlightenment Lightworkers with others without desiring to proselyte but to offer support through raising awareness.
We can establish significant communities in the Ascension Age among all countries and territories that are a part of the world’s independent http://en.wikipedia.org/wiki/Religion“>religions already established on earth.
We recognize largest religions by members to be categorized as Christians,http://en.wikipedia.org/wiki/Bah%C3%A1%27%C3%AD_Faith“>Baha’i Faith,http://en.wikipedia.org/wiki/Islam“>Islam,http://en.wikipedia.org/wiki…, Buddhism,http://en.wikipedia.org/wiki/Hinduism“>Hinduism, Sikhism, Zoroastrianism, and Jainism as nine categories with the nonbelievers in religion as tenth to become all those who may desire to join the Ascension Center Enlightenment Spiritual Lightworkers Movement of the New Ascension Age to begin December 21, 2012.